In ministry, business, and life, we think we can shortcut the grind of a developmental process with a singular great idea. Seemingly, some people can. They blast off from nothing to notoriety…like a shot out of a cannon.

When you see an overnight success, you are usually only discovering a redwood or a mountain.  It’s been there and in development for quite some time.  That new galaxy that scientists just discovered?  It isn’t new.  It’s just new to you.

Generally speaking, overnight success isn’t how things work.  Even when it does, there is much more going on than what is seen on the surface.  Those kinds of stories generally leave us with the impression that we just need someone to discover us so we can hit it BIG.

In many people’s minds, being DISCOVERED is about one BIG, well-timed performance when just the right person is paying attention.  But, we don’t generally need to be discovered.  In fact, being “discovered” prematurely could turn out to be a total disaster.  The greater need is for a leader to be DEVELOPED.  Seek being developed before being discovered.

At the end of the day, we aren’t short on great ideas or silver bullets. We’re short on the fundamentals, the boring kind of repetitious disciplines that actually make things work.  Don’t think silver bullet, BIG IDEA, grand slam, or Hail Mary. Think victory by a thousand tiny paper cuts.

In fact, if you’re relying on a Hail Mary, a half-court buzzer beating shot, or a bottom-of-the-ninth grand slam, the odds are severely stacked against you winning.

When you settle your heart and focus on the fundamentals, you increase your on-base percentage.  AND, BIG THINGS still happen because positioned yourself for them to happen.  That swing for a solid base hit after patiently waiting for a good pitch does lead to home runs from time to time.

We need great ideas.  And, at times, we need to air the ball out.  But, the victory is generally won in the fundamentals-the boring stuff, the repetitive, microscopic paper cut-like right actions.

So, don’t think victory by a silver bullet.  Think victory by 1,000 paper cuts. Think victory by a thousand small, right actions instead of victory by some gigantic great idea or game changing singular performance.  Here are three not-so-glamorous paper-cut-like things you can do to incrementally raise the bar and move toward victory:

One thing we do to improve our Sunday experiences at Pathway Church is to invite evaluation by our staff. We call it: RIGHT, WRONG, MISSING, CONFUSING.

“What was RIGHT on Sunday?” WRONG? MISSING? CONFUSING?

We start by celebrating the wins because you duplicate what you celebrate.  So, talk up the wins. Congratulate. High five. A lot of effort, creativity, and heart for Christ and the community on the part of the staff, leaders, volunteers, and congregation went into Sunday.  So, hang out in that moment a little longer than the rest.

It also takes the edge off of the evaluation coming in the next three questions. Without the celebration, not only do you fail to affirm winning actions, you also will find yourself veering off from evaluated experience into a critical environment.

Criticism separated from care is painful, even destructive.  But, when we are open to the soft truth about ourselves from one another, we have the opportunity to gradually and consistently improve.  Those improvements repeated over and over make a huge difference in result and personal leadership over time.  Repeated slight tweaks over months and years lead to drastic improvements.

Obsess over finishing completely. Don’t run TO 1st base. Run THROUGH 1st base. If you are going to give yourself to a particular ministry, give your whole person to it.  The extra effort taken to gut it out will take you a little bit past mediocrity and into a differentiating factor, into an area of competitive advantage, into excellence.

Cutting corners is so common that when someone doesn’t do it, they stand out.  So, if you are going to give yourself to a thing, give yourself fully.  Rise above the lowest acceptable level of service to become generous, gracious, over-the-top, and remarkable. Demonstrate true passion with a ridiculous focus on what you are giving yourself to.

3. PRACTICE WHAT YOU PREACH

At the end of the day, the most fundamental action you can take is to fully believe in what you do. One of the most compelling sermons is not one preached. It’s one lived.  More and more, I am learning that we don’t preach the message. We are the message.

A disciplined, improving, passionate leader bent on faithful execution is embodying the message they preach day in and day out.  That doesn’t mean that there aren’t failures.  There are.  But, the wins are more frequent.  The growth is consistent.  The leadership capacity is gradually increasing.  The journey is less erratic. The pace and direction is easier to follow. The growth is more achievable. 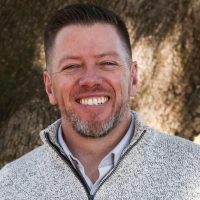 Join our e-mail list today and get 10% off on your first purchase! Be the first to know about new training materials, sales and FREE resources.

Thank you for joining our mailing list. Use coupon code: newsletter10 to get 10% off your first purchase.

Join Waitlist We will inform you when the product arrives in stock. Please leave your valid email address below.
You need to Login for joining waitlist.
Login Register